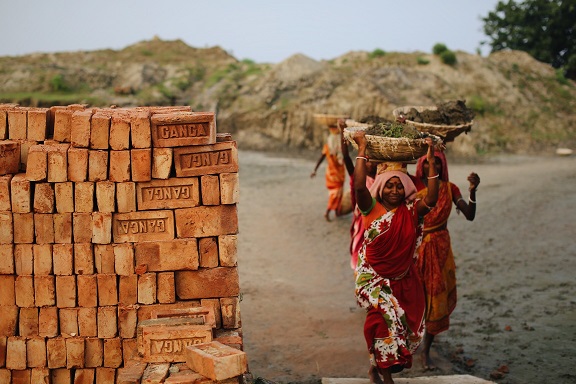 A once “untouchable” kiln owner

This kiln owner was a well-connected and highly influential person in the community. He felt untouchable and used his power to exploit these eight families without fear of any consequences.

Every day, these families — including 16 children — were forced to make thousands of heavy clay bricks in the hot sun. The worksite conditions were fine at first, but the owner and his men steadily became more and more abusive. Soon, the families also could not access enough water, food or electricity to survive.

JBVSS heard about the families suffering at the kiln and alerted local authorities to rescue them. Some officials were not supportive of the case due to the owner’s reputation, but a Sub Divisional Magistrate agreed to visit the kiln and hear the truth from the victims.

On 2 July, a small rescue team met the families at the kiln and heard their stories of abuse. Officials ultimately declined to classify the case as bonded labour, but did order the owner to pay the families their missing wages and provide transportation back to their hometowns.

Even though they did not see the owner arrested or get benefits legally owed to bonded labour survivors, the families in this case remained motivated. One survivor shared,

“We will continue to fight until we get justice—no matter how hard it is.”

JBVSS has been encouraged by the survivors’ tenacity and will continue to fight for their rights in their home state and through the National Human Rights Committee. In the meantime, JBVSS will help the families resettle back at home and stay safer from labour exploitation in the long-term.