Sita’s story is not graphic. But it involves a degree of cruelty and hardship that some may find distressing or triggering.

Lean and wiry, 35-year-old Sita* Bhoi shudders as she tries to recount her days of horror at the brick kiln where she was exploited.

Her struggles began when she was just 15 years old, when both of her parents died of a sudden disease. They lived in an indigenous tribal community with few options for their livelihood or for Sita’s future. Soon, relatives married her off to a man named Chabbi, who was a small-time farmer in a neighbouring village. A few years after their abrupt wedding, Chabbi decided to take a lump sum cash advance of 30,000 rupees from a labour agent in order to meet the expenses of his ailing mother. He made the decision completely without his young wife.

“He simply asked me to pack our bags and said that we were leaving in two weeks to work at a brick kiln because there was no work available at our village,” she remembers matter-of-factly. “I had no idea where we were going. I was not aware of the advance either.”

As is often the case for families like theirs, the generous payment advance was a lure to trap them in debt bondage. Around 2009 or 2010, the couple was trafficked to a brick kiln where they were made to work unending days without a break for the next year and a half. Nothing was as they were promised: The conditions were inhumane, forcing them to live in a tiny brick shack with a tarpaulin roof and mud floors where they slept. There was never enough food or water, and there were no toilets. When labourers at the kiln asked for wages, they were abused and threatened with dire consequences.  Sita recalls:

“There was no rest. We hardly slept for four hours a day and were forced to work with minimal food and rest. We were not allowed to move out of the facility, and they did not pay us wages except for 400 rupees per week. There were no off days even if we fell sick.”

When Chabbi learned that his mother’s condition had gotten worse, he asked the owner’s permission to visit her, but the man coldly refused and demanded Chabbi repay the full advance—plus interest—before leaving. Chabbi thought he could gather up some money back at home to repay the owner, so he snuck away one night and left Sita alone at the kiln.

The kiln owner was infuriated by his escape—and he took his rage out on Sita.

She remembers, “That day, the owner and his friend were in an inebriated state. They came to me and started verbally abusing my husband saying he has escaped and that they will never get their money back. Then they forcibly dragged me outside the kiln to a deserted place.”

“They kept yelling at me about Chabbi and that they would not spare him. They swore to take revenge and began sexually assaulting me,” she describes, her voice shivering.

“I was very weak as compared to their strength. When I tried to stop their advances, they beat me and raped me. I think I fainted many times…They left and returned again and again to rape me.”

After this terrifying night, Sita was locked in her small shanty for nearly a week—traumatised and badly injured. She could not cook or eat. She was unwell but they refused to take her to the hospital. She started to believe she might die at the kiln. She remembers, “They sent men who kept asking me to resume work, but I could not. I had no strength.”

In secret, Sita gathered all her energy and used a mobile phone left behind by her husband to call him and inform him about the incident. Chabbi assured her that he was bringing help—but Sita could only wait in pain.

“I believed the owner when they told me that Chabbi would never return,” she admits.

“They told me that I was going to be their slave my entire life.” When Chabbi contacted IJM, our staff worked with the police and local authorities to coordinate a rescue operation that same day. On 3 March 2011, the kiln owner and his accomplices were arrested and charged for bonded labour, confinement and rape.

Sita was brought to safety at last and provided with medical care and crisis counselling. She and Chabbi eagerly left to return home.

IJM staff helped the couple resettle and start building a plan for their recovery. But almost immediately, Sita felt a painful distance from her husband.

“After the rescue, Chabbi did not ever ask me about the incident or let me talk about it,” she remembers painfully. “Once we were at home, his behaviour changed. He stopped interacting with me…he disowned me.”

Just a few months after their rescue, Chabbi left for work and never returned. That’s when Sita heard from her neighbours that he had eloped with another woman.

Abandoned and ashamed once again, she recalls

“Those were the worst days of my life.”

Neenu Thomas was a new aftercare manager assisting on the case of Sita. She and the team learned that Chabbi’s family had labelled Sita “impure” because of the sexual assault and convinced him to leave her. This social stigma exacerbated Sita’s pain and jeopardised her healing in freedom.

Neenu remembers, “Sita was tired and traumatized when I first met her. I remember sitting down near a big tree next to her house and, when she explained the details, I had to hold my tears.”

Sita struggled to trust anyone after her ordeal but by working with our aftercare team, she slowly started to heal. She moved back to her parents’ old farmland and IJM helped her access government benefits like a ration card (for food support), a labour card (for guaranteed work programs), and a bank account.

Despite her trauma, IJM’s support and counselling helped Sita gain the motivation to resume her life with vigour and confidence. She testified in the court case against the kiln owner, despite being separated from Chabbi.

Javier Christadas from the IJM  aftercare team shares, “She was nervous after seeing the court setting and the lawyers who were questioning her. The translator and I worked hard for about two days with Sita to make her comfortable…When we worked with her and gave her the confidence to testify at the court, I realised that Sita was a fighter. At the next hearing, she spoke with confidence, leaving all of us spellbound.”

Sita’s testimony is now complete, but the legal case is currently stalled in the trial stage due to some court delays. The accused are currently out on bail. Ten years later, Sita has built a quiet life for herself in the countryside. She has become a calm and reflective person, who can accept the trials of her past and begin looking forward with hope.

“Life has not been fair, but at least I am alive and safe with my family,” she explains. “I can work at my own will without any pressure or abuse. I can take a break and have my meals. It is surely better than my days at the kiln where I was almost dead. Had IJM not helped me, I would not have survived. I would have still been working there as a slave, bearing their physical and sexual assaults.”

Today, she spends her day working on the 32 acres of land jointly owned by her family. She is an expert farmer and assists her uncle in farming rice paddy, cotton and vegetables.

Sita’s best friend is her teenage niece Sarita, who is in grade 12. She says, “I keep sharing my story with her so that she understands the value of education and self-reliance. I never had a daughter of my own, but she is no less. I hope she grows up to be a strong woman who can decide for herself and is not forced into any situation.”

This EOFY, give freedom and hope to more survivors like Sita. Make a tax-deductible gift today. 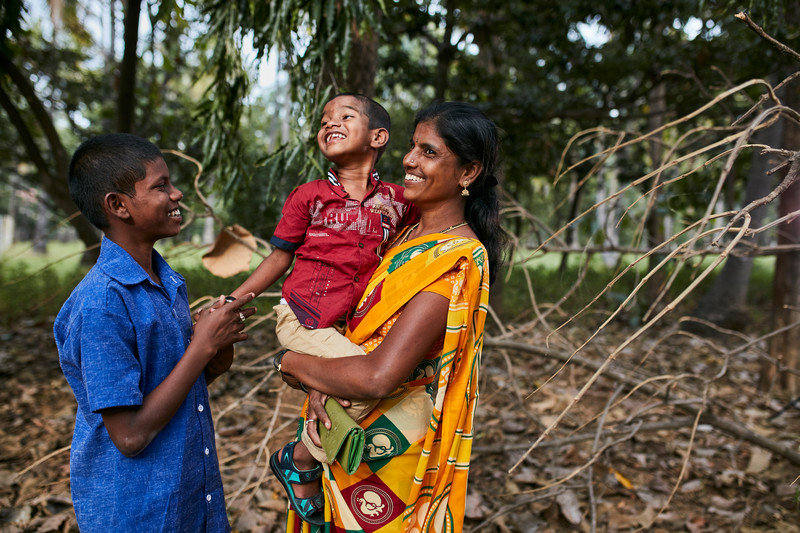