Every day from 2:00 in the morning until 9:00 at night, they molded, hauled and stacked hundreds of clay bricks with dozens of other slaves at a brick kiln—anxiously working to reach the daily thousand-brick quota or risk a vicious beating.

She was only 6 years old when her family became trapped at the kiln.

Roopa was forced to push a heavy cart loaded with sand, clean the facility and bake bricks in the oppressive heat.

As Roopa grew older, her parents arranged for her to marry a young man in the kiln named Banaiah in hopes that marriage would protect her from the kiln owner’s abuse. She and Banaiah became lovingly devoted to each other, but their difficulties grew.

When she was 16, Roopa became pregnant but was still forced to work. During her eighth month of pregnancy, a heavy bag of sand fell on her stomach, sending her into an excruciating early labour.

Roopa and Banaiah were beside themselves with fear. Roopa was bleeding and couldn’t walk, but the kiln owner refused to let her see a doctor. For a day and a half, she writhed on the dusty floor of her small hut and screamed out in agony, “The baby inside me is dying!”

Some midwives in the area learned of Roopa’s pregnancy and rushed to her side. The next day, at 5 in the morning, she delivered a stillborn child. Roopa, still just a young teenager, lay overcome with grief and pain on the floor.

This was not the life she wanted. This is not what motherhood was supposed to be. Not for her. Not for anyone.

Roopa soon became pregnant again. With the anguish of their last pregnancy still fresh in his mind, Banaiah told the kiln owner that Roopa could not and would not work while pregnant. He said, “Even if you physically beat me, I will not allow my wife to move a stick from this corner to another.”

It was into this world of abuse and despair that their beautiful son, Vijay, whose name means “victory,” was born.

Roopa couldn’t bear the thought of Vijay growing up in the kiln. One night as she cooked, she asked her husband plainly, “What do we do? If we stay in this situation, your son will be in the same situation as you for the rest of his life. Nobody will be able to help him.”

They planned a daring nighttime escape and slipped into a nearby forest. But after scraping by for a few months, their situation grew dire. Little Vijay was sick, and they were barely eating.

With no food, no money and a sick baby, the young couple was forced to make a choice nobody should ever have to make: stay in hiding and risk Vijay’s life, or seek help and risk recapture?

They chose to find help for their son

Roopa and Banaiah took young Vijay to the doctor for medical treatment. After the appointment, Banaiah went to find some food for his family.

While he was away, Roopa heard a familiar voice and her heart froze. The abusive brick kiln owner had found them. He dragged them to the middle of a busy street and called a taxi to take Roopa and her son away. Just like that, they were swept back into the grip of her abuser.

Despair set in as they drove to the brick kiln. Roopa thought of Banaiah and prayed he was safe.

Meanwhile, Banaiah searched frantically for anyone who could help. At last, he was connected to a local organisation—who was trained by IJM just one week before—who agreed to intervene. They called IJM and the Bangalore anti-trafficking police unit, and together we planned a rescue operation to find Roopa and Vijay.

The very next day, they were freed and the abusive brick kiln owner was arrested and put in jail.

For the first time in over 13 years, Roopa was safe.

Today, Roopa, Banaiah and little Vijay are together and enjoying their lives in freedom.

This is your support in action. Without you, Roopa would still be trapped. Banaiah’s pleas for help would go unanswered. And Vijay may not have survived.

Your gifts make a real difference. Give today to send rescue to families just like Roopa’s. Help them transition successfully into a life of freedom.

Give the gift of freedom 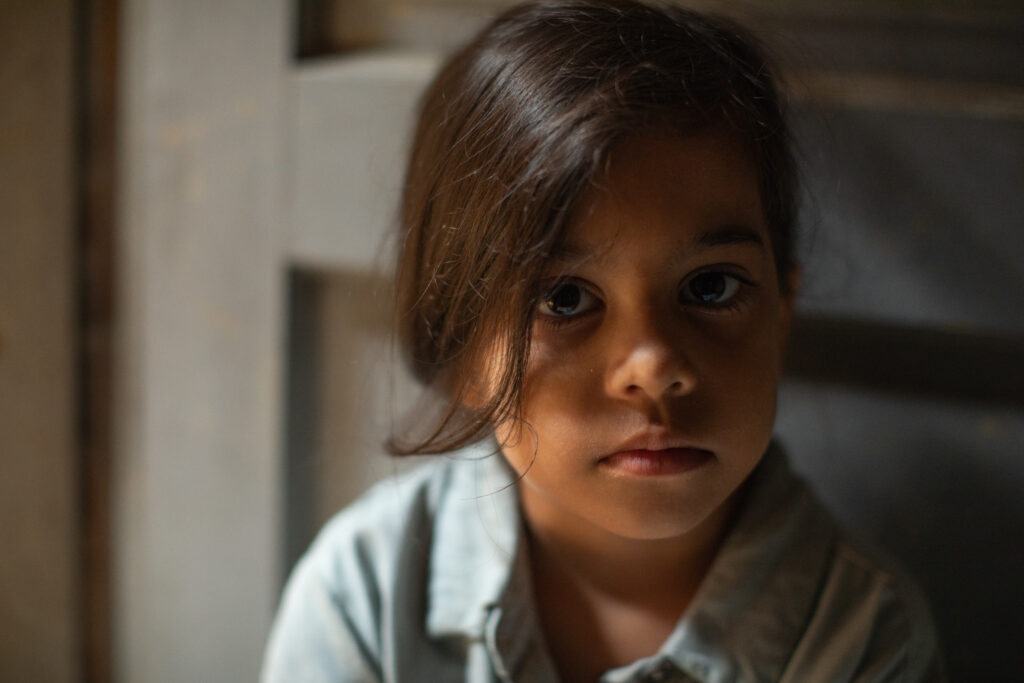 WARNING: The following story may be disturbing to some readers.